Conscious Commuter is a web application that allows intra-city commuters within the city of Toronto to explore how their daily commute can have a large impact over time. Work-Commuting, the process of driving a vehicle (often containing a single occupant) is a primary contributor to congestion issues and pollutant release in major urban centers such as Toronto. Often times, the distance of a typical intra-city commute is well within the bike-able range yet this option is frequently ignored as the detrimental effects of a short work commute are thought of as being insignificant. This application provides users the opportunity to quantify the cumulative effects of their daily work commute over weekly and annual time scales It is hoped that quantifying these effects will empower users to investigate alternative methods of commuting.

In doing so, the app provides the opportunity to explore comparative statistics that would be achieved if the same route was undertaken by bike instead of car. By demonstrating the financial, health, and environmental benefits of choosing to bike to work instead of driving. The application hopes to empower Torontonians to make sustainable commute choices. 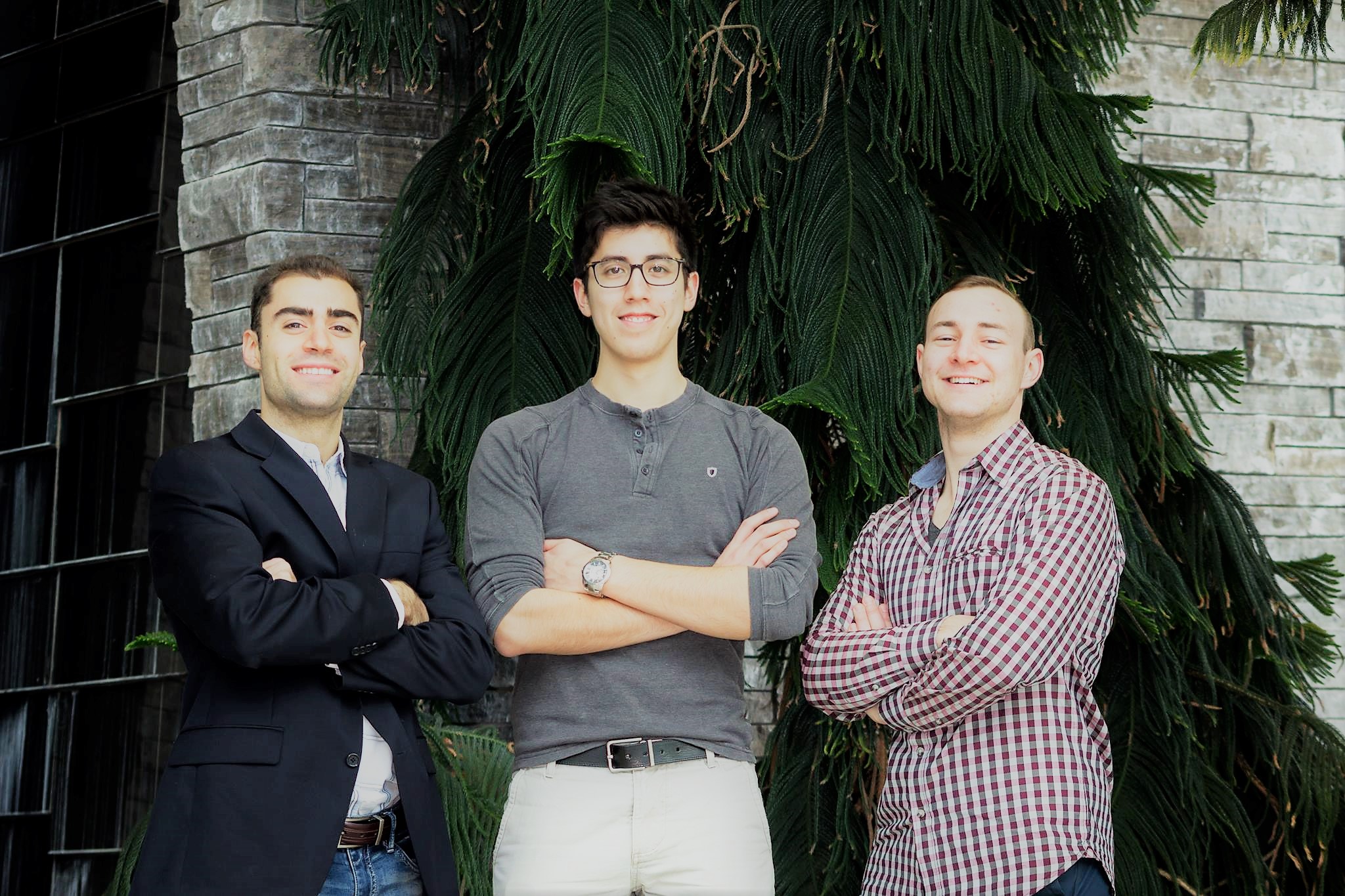 Anastassios Dardas: (left) Anastassios Dardas is a 2nd year PhD student at McMaster University, specializing in spatio-temporal health geography. He believes that by integrating the disciplines of GIS and data science together can develop more effective decision-making process and predictions. During his free time, he enjoys hiking, biking, coaching crew, hanging out with friends, and doing Tough Mudder.

Spencer Elford: (middle) Spencer is a 5th Year Honours Earth & Environmental Sciences Student at McMaster University. He is currently pursuing a minor in GIS. His main interests lie in data visualization and GIS for Urban Planning. In addition to his GIS interests, he is interested in mountain biking, hiking and historical cartography.