The Open Ethnic Restaurant App is designed to help aspiring restaurant owners within the extended Golden Horseshoe Area identify areas of large ethnic groupings that lack sufficient restaurants that cater to their ethnicity. The application utilizes open sources Canadian Census data to identify ethnic breakdowns and OpenStreetMap data to identify ethnic restaurants based on Census Tracts. This application assumes perfect competition between the restaurants, in which each restaurant equally shares portions of the ethnic group it caters to. It displays data regarding the population of each ethnic group, the amount of ethnic restaurants, and the ratio of ethnic customers per same ethnic restaurant cuisine type for large areas and individual census tracts. This application can be extended for use pertaining to other non-food service ethnic locations, such as retail stores that cater to specific ethnic groupings. 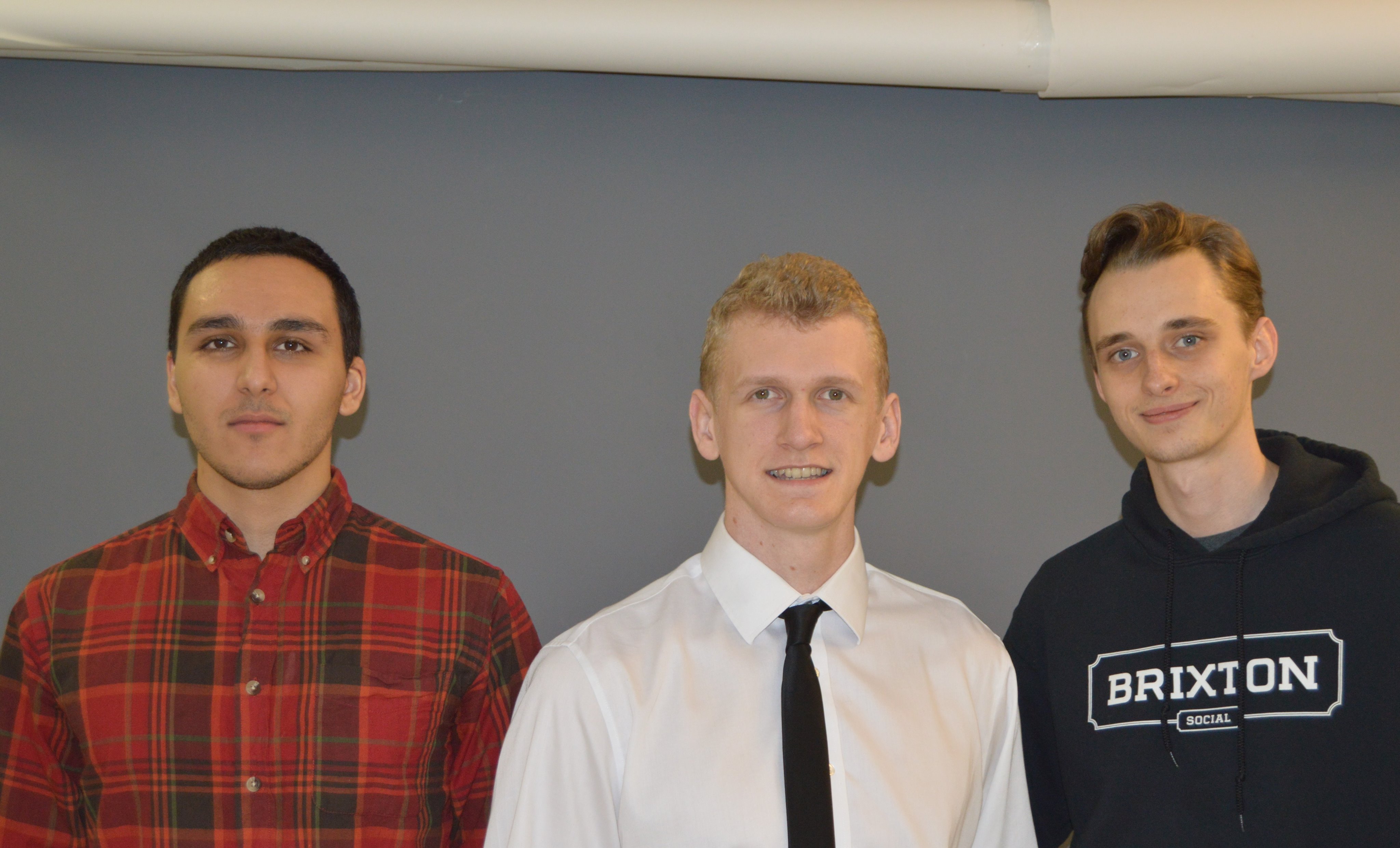 Ross McCandless: Ross (middle) is a 4B Geomatics student at University of Waterloo who has had GIS jobs in all levels of government. Experienced in a wide range ESRI software (Desktop, Catalog, Collector, Survey123, ArcPad, Online), FME, and programming languages such as; Python, VBA, Javascript, HTML, and CSS. He is excited to learn more ESRI software, particularly Operations Dashboard.

Mieszko Fydrych: Mieszko (right) is a 4B Geomatics students at the University of Waterloo of Eastern European origin who is displeased with the lack of Eastern European restaurants in the area of Waterloo. Experienced with front-end design, OpenStreetMap crowdsourced data and various GIS software and APIs such as ArcGIS, FME workbench and Leaflet through co-op and GIS Day presentations. Through school work and personal projects, experience several programming languages such as Python, VBA, Javascript, HTML, CSS and C has been worked upon. In a past co-op position, a new campus map for the University of Waterloo was developed utilizing these skills.

Hadi Fahimnia: Hadi (left) is an undergraduate Geomatics student at the University of Waterloo with intend to graduate this April with a Computer Science minor. I have passion for Remote Sensing and GIS projects. Utilizing my programming skills and experience to enhance and speed-up the project deliverables. Experienced with ESRI’s ArcGIS Desktop, I aim to familiarize myself with ESRI’s web applications through front-end and back-end development. Throughout ESRI’s 2018 App Challenge I wish to compare ESRI’s Javascript API, Web Appbuilder and Operations Dashboard with other open source web application platforms such as Leaflet and OpenLayers.