Upwind aims to highlight the potential of rooftop wind power in improving the sustainability of urban power generation in Vancouver, British Columbia.

The accessibility of reliable and renewable energy is a key component in developing sustainable urban communities. To date, only 17.4% of the Canadian national energy supply is derived from renewable sources [1]. Despite wind power surging forward as one of the fastest growing energy sources worldwide, only 5% of electricity generation in Canada comes from wind. Between 2013 to 2017 the Canadian government invested $13.7 billion into the development of wind-powered energy generation [1]. One less-explored facet of wind power comes from small, rooftop-mounted turbines.

The city of Vancouver continues to grow and develop with, with $5.1 billion dollars of building permits issued in 2018 alone. Currently, a large portion of Vancouver’s energy stems from natural gas and hydropower. The city has set a target of achieving 100% renewable energy consumption by the year 2050 [2]. With a focus on generating clean energy to power their urban development, Vancouver is a potential site for urban wind power generation.

Vertical axis wind turbines (VAWTs) have been found to be advantageous to traditional horizontal axis turbines (HAWTs) in several aspects [3]. The design of vertical turbines compensates for some of the shortcomings found in traditional wind power technologies, as they can be placed very close to one another with minimal or no loss of efficiency [4]. Vertical turbines have also been shown to work better than their horizontal counterparts in sub-optimal wind climates, such as rooftops. 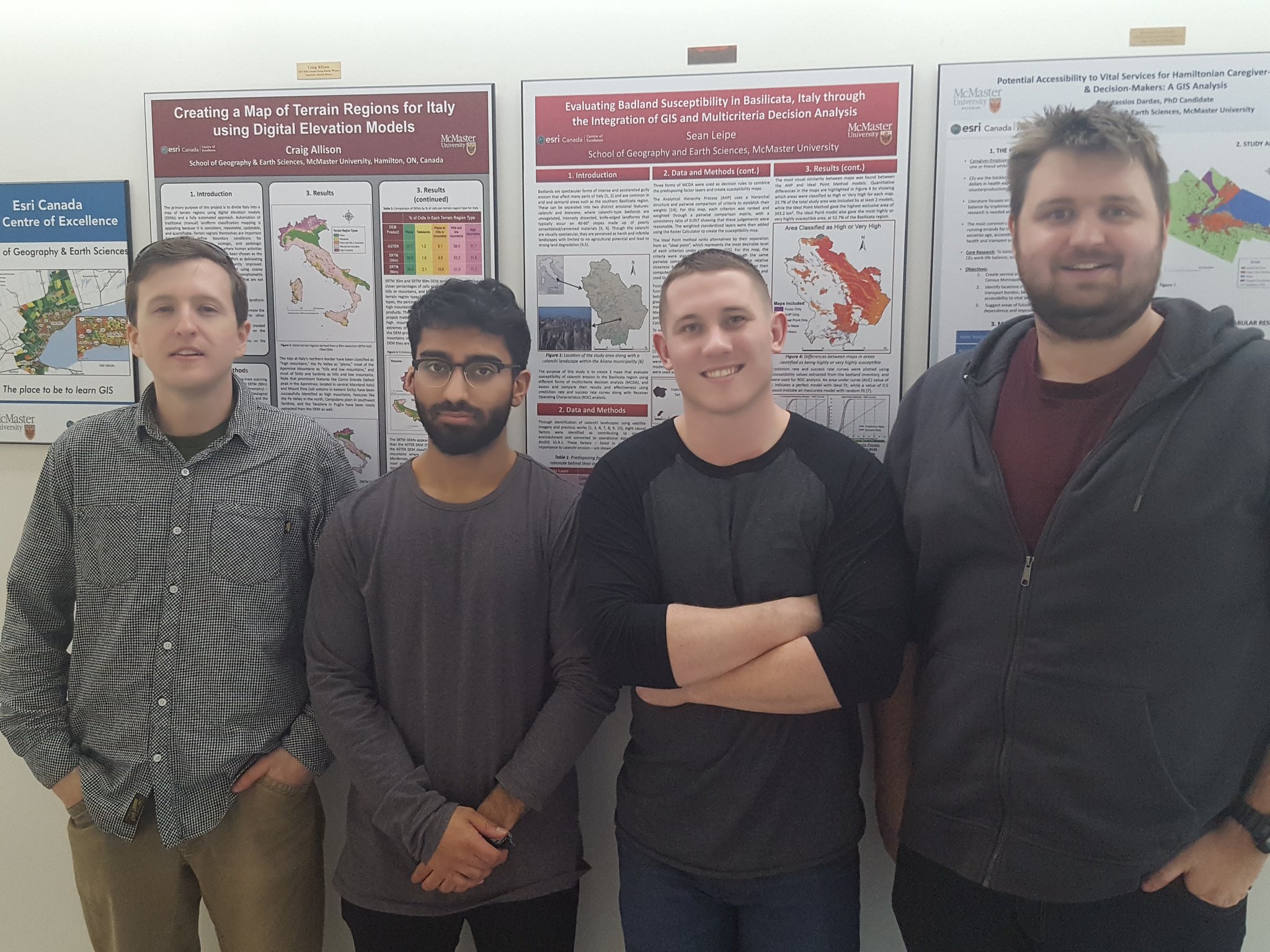 Raj Ubhi: Raj (middle left)) is a 4th year B. Sc student at McMaster University with a minor in GIS. His undergraduate thesis looks at the arial analysis of growth faults in Utah using drone imaging.

Yorgan Pitt: Yorgan (right) is a 2nd year M.Sc student at McMaster University. His research focuses on using UAV data to map the distribution of archeological material in Naxos, Greece.