The world is aging. The first of the baby boomers have turned 70, and with longer life expectancies and lower birth rates Nowhere is the worldwide aging trend more evident than in the province of Nova Scotia, home to the oldest population in Canada. As of 2017, 19.9% of the population was aged 65 or older. By 2030, this number is expected to rise to one in four Nova Scotians (NS Shift Action Plan). As Nova Scotians continue to age, so does the demand for health care services and home facilities.

In addition, Nova Scotia’s population remains quite spatially isolated – more than twice as many people live in rural communities relative to the Canadian average. This is exacerbated by the fact that in the past, economic conditions drove many people to seek employment in other provinces. This has left an aging population with much less family support than in other regions. Rita Lajeunesse, 76, says “The problem with Nova Scotia is that a lot of us don’t have the supports of our children here because they had to leave for employment. That’s a hard thing for seniors here — lack of support.”

The SeniorServe app aims to help people like Rita by providing information about access to appropriate and affordable housing, in-home support, social connections and nearby services - factors listed as key elements to keeping older adults healthy. SeniorServe helps our aging population and those who care for them, even from abroad, ensure that they have access to suitable facilities and services. Through this app, we hope to support aging in place by drawing attention to the availability of facilities provincewide. 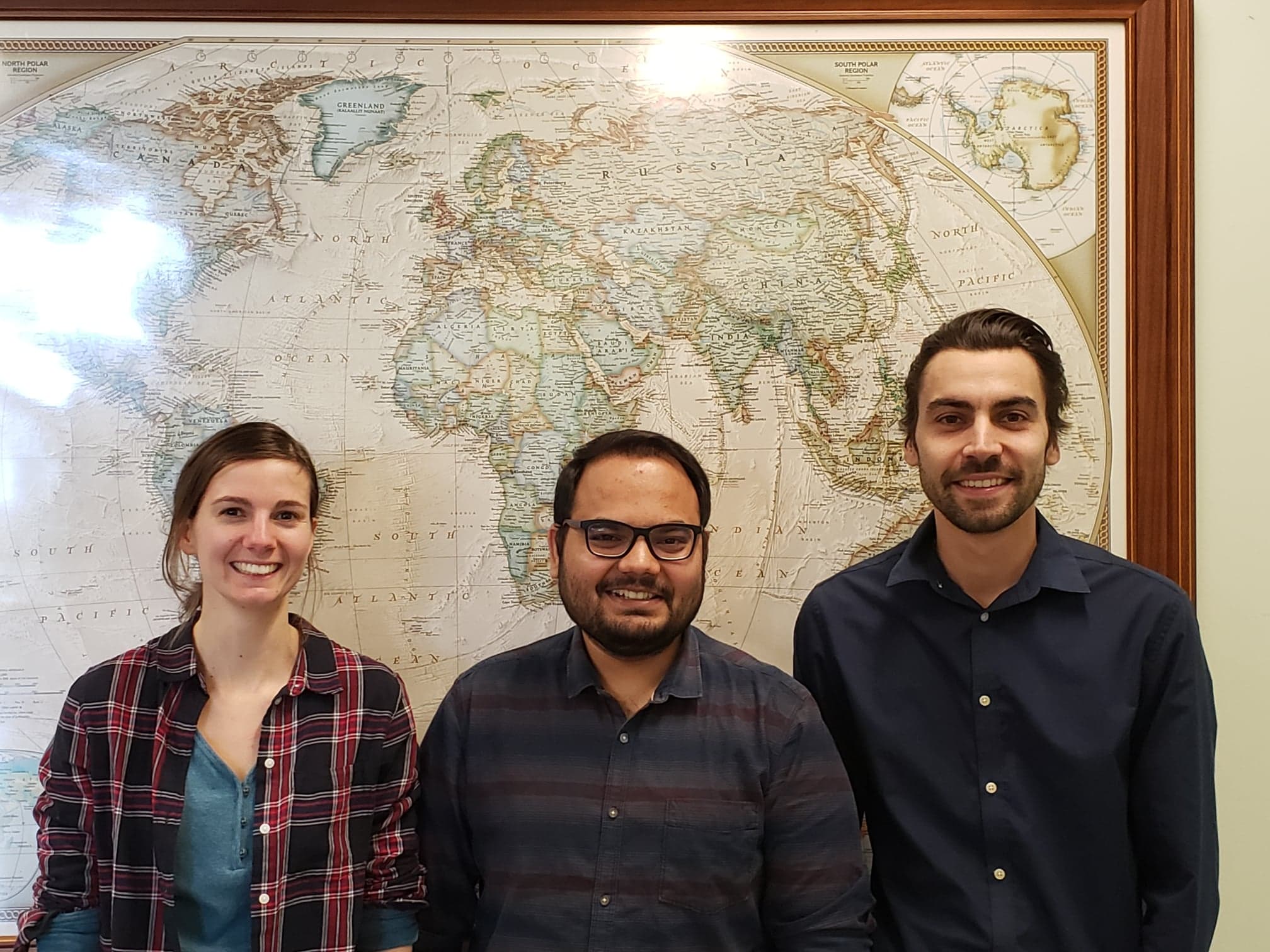 Amanda Ring: (left) Hailing from BC, I am currently enrolled in the Advanced Diploma in Remote Sensing at the Centre of Geographic Sciences (COGS). I have a background in Environmental Science and Biology and love using geomatics to gain a deeper understanding of ecosystems' spatial relationships. I am passionate about learning new things and sharing information with others. In my spare time, I love partaking in any outdoor activity and I am part of Nova Scotia's women's ultimate frisbee team.

Rafael Del Bello: (right) Originally from Montreal, I am currently enrolled in the Advanced Diploma in Remote Sensing at the Centre of Geographic Sciences (COGS). I have a background in Environmental Geography and I'm a certified UAV pilot with a passion for location technologies, visualizations and data acquisition. I saw the ECCE challenge as a great way to develop our team building and problem-solving skills while also showcasing the use of the Esri's platform for real world applications.

Sukhjit Pelia: (middle) I’m an International student originally from Mumbai in India, and I’m currently a student in the Advanced GIS Diploma program at the Centre of Geographic Sciences (COGS) in Lawrencetown, Nova Scotia. I have a Master’s degree in Geoinformatics (2016) and a Bachelor’s degree in Information Technology (2012). I'm a GIS enthusiast and enjoy web programming, online mapping applications, and working with relational databases.